All You Should Know About Tanning While Pregnant 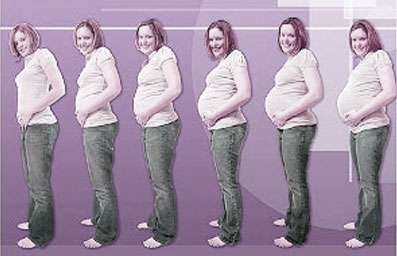 In your pregnancy, you are now in week 5. Your baby is now called an embryo and is about 1/16 of an inch long. All of your baby’s major organs are under development now. The neural tube, which will later be referred to as the spinal cord, will fuse baby’s primitive heart has begun to take shape, with the heart tubes beginning to fuse together and your baby’s heart will start early contractions, which later become distinct beats.

By the end of this week, it may be possible to detect your baby on an ultrasound, since the sac is now visible, although ultrasounds are not done routinely this early in pregnancy.

Your period is late now and you are probably beginning to suspect that you’re pregnant. If you have taken a home pregnancy test, you most likely have already gotten a positive result. Some women don’t have a positive until a week or more down the road, so don’t be disappointed if your result was negative.

If your period hasn’t shown up within a few days, then you should re-test, because your Human Chorionic Gonadotropin (HCG) levels rise as your pregnancy progresses and become easier for home pregnancy tests to detect.

You may feel sick to your stomach and begin vomiting, as the dreaded “morning sickness” kicks in. Usually this happens only in the morning (or is worse earlier in the day), but some women have to deal with it the entire day and even into the night.

On the positive side, recent studies have shown that morning sickness can be a sign of a healthy pregnancy. But, if you feel fine, don’t worry, just count yourself as one of the fortunate few who don’t have to deal with this miserable pregnancy symptom.